By: David Sowders - Updated: 8 months ago

On Tuesday afternoon, October 6, a woman reportedly hit a man with her vehicle after an alleged domestic violence incident outside Globe, fled the scene and was arrested by the Globe Police Department. The victim was later flown to a Phoenix-area trauma center.

Witnesses reportedly saw the woman, later identified as Marisa Chatlin, 28, of Sacaton, strike the victim as he was walking west along the north shoulder of U.S, Highway 70, close to the western boundary of the San Carlos Apache Reservation.

According to a Globe Police Department news release, witnesses said that before the hit-and-run the victim – later identified as Marcus Cheater, from the Gila River Indian Reservation - was physically attacking Chatlin in a dirt pullout. The news release stated that they were later found to be in a relationship.

One witness said he warned Cheater to stop, and Cheater was walking away when Chatlin re-entered her vehicle, hit him – apparently on purpose - and kept driving.

An attempt to locate was issued at around 3 p.m. Tuesday. One witness followed Chatlin's vehicle, a red passenger car, giving Gila County Dispatch updates on her location. Chatlin eventually pulled into the Gila County Courthouse parking lot, where Gila County Sheriff's Office and Globe Police units stopped her. Her car reportedly had significant windshield damage from the incident. Chatlin, who had three passengers – an adult male and two toddlers – was initially arrested for leaving the scene of an accident and suspicion of DUI.

She was later booked into the Gila County Jail for attempted second degree murder and two counts of aggravated DUI; her blood alcohol level was reportedly over .08 percent. 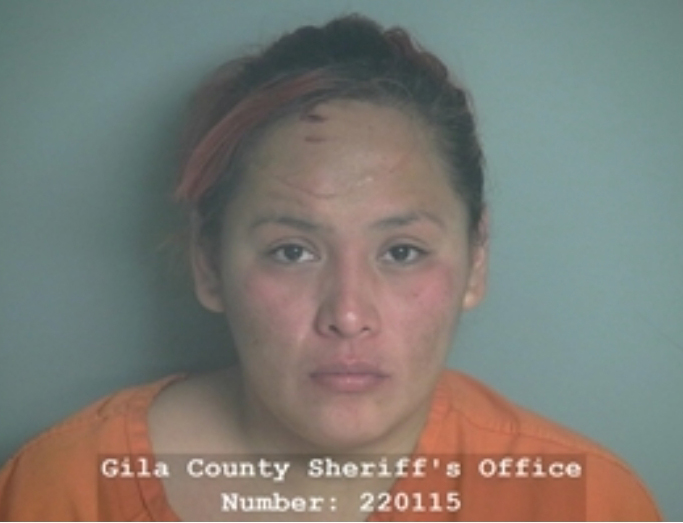 Lessard appointed to Chair of the Committee on Probation