By: Susanne Jerome - Updated: 9 months ago

In the play in to the State Softball Tournament, on May 1, the Miami Vandals lost a close game to Phoenix Christian 10-9.

Each team held the other scoreless until Miami scored one run in the top of the second inning.

They were able to hold Phoenix Christian back while scoring another run in the top of the fourth, making the score 2-1 Vandals.

Then Samantha Gonzales hit an inside-the-park home run, bringing in three runs including herself, and the score was 5-1.

In the bottom of the fifth, the Phoenix Christian Cougars managed another run, but the next inning was a different story.

In the top of the sixth, Vandals No. 8 Carmen Arrellin doubled, and the Vandals managed three runs, making the score 9-2.

Then came the horrible bottom of the sixth (for Miami fans.)

Phoenix Christian scored seven runs to tie the game, even though Skylar Rogers took over as pitcher for Miami. In the top of the seventh, Andria Buitton got in base, but the next batter hit into a double play, which gave the Cougars two outs right off the bat.

A third out left the game for the Cougars to win, which they did. The first batter singled to center a hit batter put another runner on base.

The Vandals got the next batter out at first, but the runners advanced to second and third. A base hit brought in the winning run.

The Lady Vandals ended their season with a record of 10-6 in their conference and 10-7 overall. 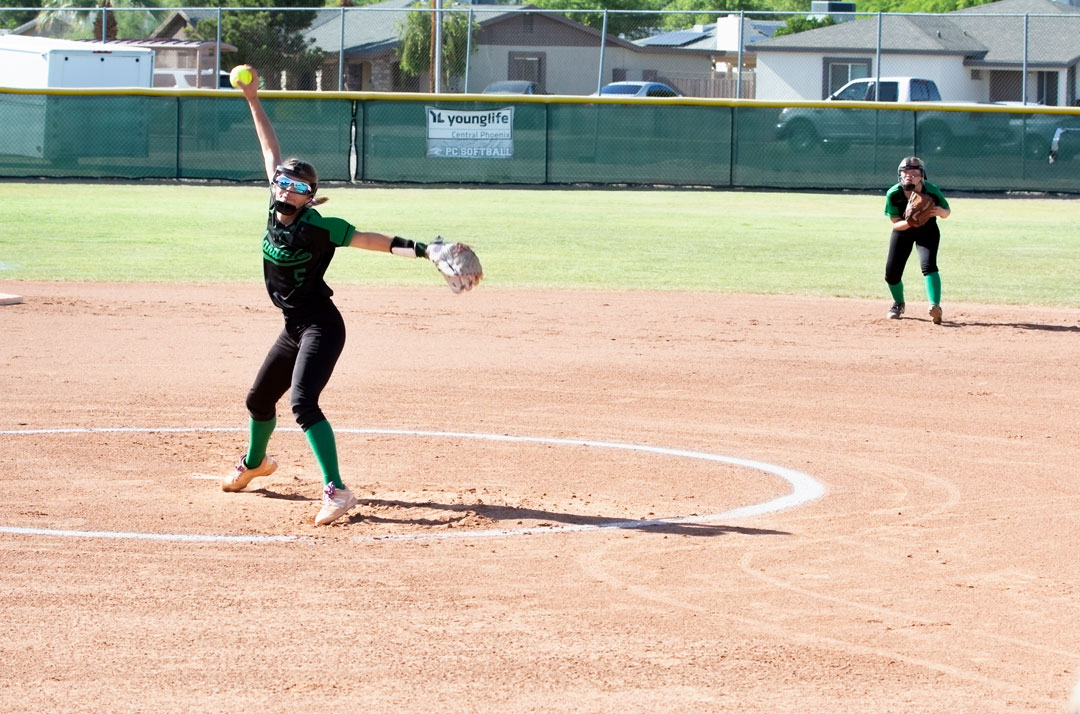 Vandals pitcher MacKenzie Anthony fires in a pitch during the May 1 game against Phoenix Christian.