By: Susanne Jerome - Updated: 8 months ago

The Globe High School softball team wound up a winning season with an overall record of 24-8-3 ties.

In 2A South, the Lady Tigers ranked below only San Manuel, which also won its first state tournament game.

Coach Brian Hudson arranged several high-level opponents for the Lady Tigers, when he took them to the Gopher Classic Tournament in March, which they won, and the 28th annual Softball Tournament at Hayden High school where they placed second.

Among in-conference games, the Tigers only lost one game to San Manuel, 0-3, after winning their first game with that team 4-3.

In the first game of the 2019 AIA Softball State Championships against Chandler Prep, Globe won 6-5. Hudson said that the win was due to all-round team excellence, but he did mention Allison Hudgings’ game-winning base hit to center which brought in the winning run.

It was the bottom of the seventh inning with two outs and a full count on Hudgings. It was “a good game on both sides,” according to Hudson.

In the next game the Camp Verde Cowboys did them in 10-0 in six innings. Hudson said it was not so much pitching but errors. It was their bad luck to have a bad game at that particularly crucial time, but that it should not overshadow one of the best seasons in recent years.

“They had a bad game Saturday and that didn’t define their season,” Hudson said. “They won the 2A Region championship, something I don’t know if we have ever done in softball before.”

Hudson also focused on the success at the Florence and Hayden tournaments.

“They had 11 girls receive AIA 2A South all-region honors,” Hudson added. “We have the 2A South offensive player of the year and senior Hope Bear signed with Western Minnesota Community and Technical College. That’s what defined our season, not Saturday. Saturday was just bad timing to have a bad game.”

Among pitchers, Kayla Howard is graduating, but Jazlyn Grice will be returning as a sophomore. Catcher, Jocelyn Tarango, always busy backing the pitchers, will be coming back next year as will shortstop and slugger Zytka Heathman. Jillian Skaggs and Hudgings will be back in the in-field.

Lexi Muniz will also be graduating, so the winning tradition at Globe will likely continue in the upcoming 2020 season.

David Abbott contributed to this report. 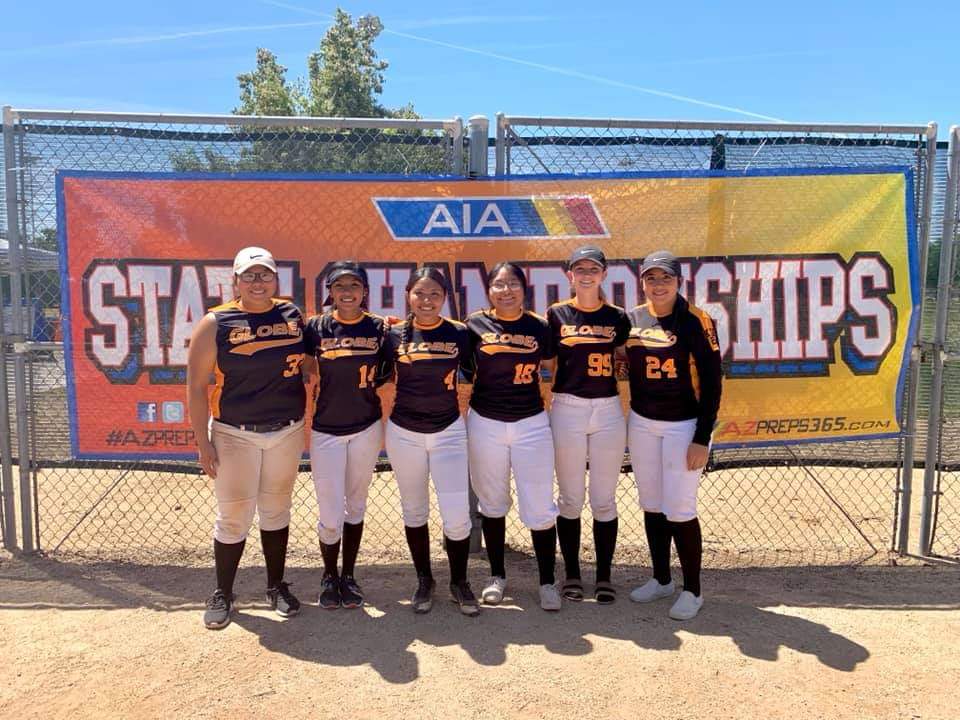 The future is bright for the Lady Tigers