By: Susanne Jerome - Updated: 9 months ago

On Monday, April 29, BJ Burries signed a letter of intent with Mesa Community College after being passed over by NCAA Division I schools.

However, according to Jordan Ballard assistant basketball coach at Mesa, the college will by hook and crook, with scholarship and financial aid, be able to offer him a “free ride.”

Head Coach, Sam Ballard stressed the top-grade competition Burries will be able to hone his skills against in his two years at Mesa. Ballard also coached Mike Bibby, the player Burries surpassed in total points earned over a high school career.

Burries will be close to home and will be able to keep the number 5, on his jersey that he wore for Globe. Ballard invited everyone to attend MCC’s first game of the new season on Nov. 1 at Mesa Community College.

Coach Ballard also mentioned his family ties with Globe through his uncle, Tom Anderson, who once owned the Silver Belt and Moccasin newspapers. 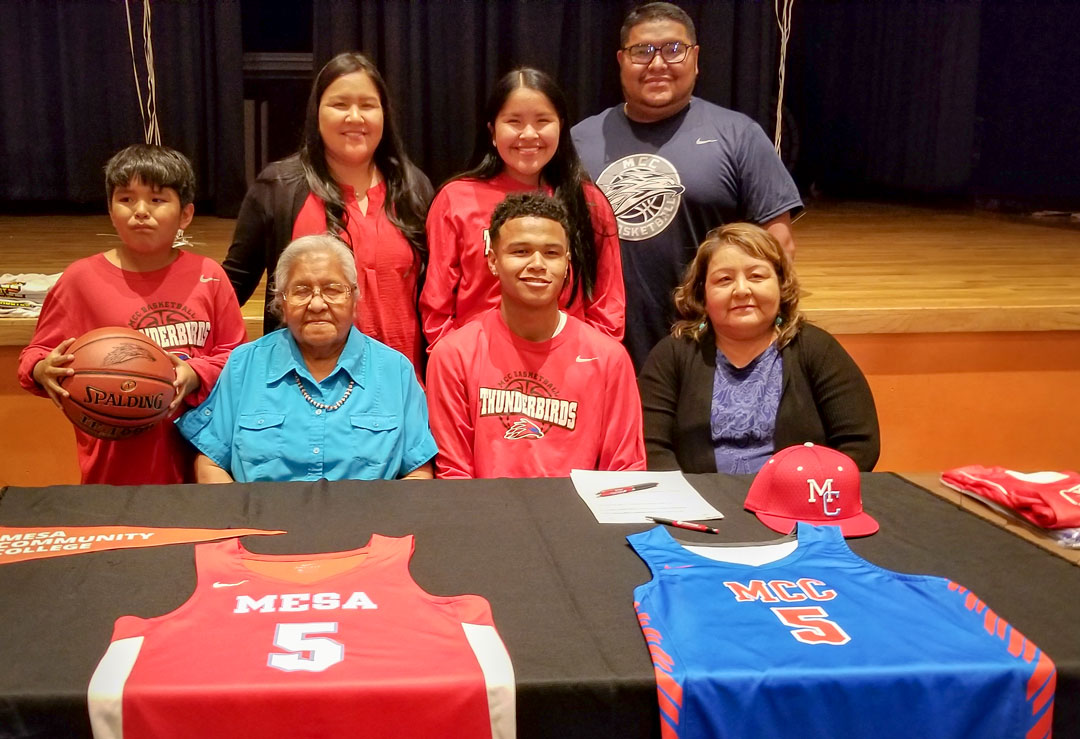 BJ Burries is joined by family members for the celebration of his signing a letter of intent for Mesa Community College. Photo by Susanne Jerome.